Winner: The pros joined the kids on the Ultimate Athletics race night

Team GB athletes, along with athletes from across the region, took part in Ultimate Athletics’ latest athletics event held at the Dubai International Academy.

The highlight of the night was two-time Olympic champion Margeret Adeoye, who showed the young women how to do it by running an impressive 11.70 seconds on 100 m and 23.57 seconds on 200 m.

Race night: The talents from all over the region competed

Other outstanding performances include that of Italian champion Antonio Infantino, who won the Ultimate 60m against Reps PT of the year Dannish Walker-Khan and Daniel Offiah of the Linford Christie squad who is currently in Dubai for camp.

Ultimate Athletes won a large number of medals in the U15 and U17 events with outstanding performances from Greta Schmedes (15) in the 60m hurdles. The youngster trained under the guidance of Team GB master athlete Andy Clements and shows great potential.

Endurance athlete Oliver Demain (15) was very impressive in the U17 1500 m and won in a little more than four minutes (4.16) just outside his personal best. Demain recently had a streak of victories in Supers Sports Meydan’s 5K races, where he won the fastest overall winner several times with a PB of 16.14. 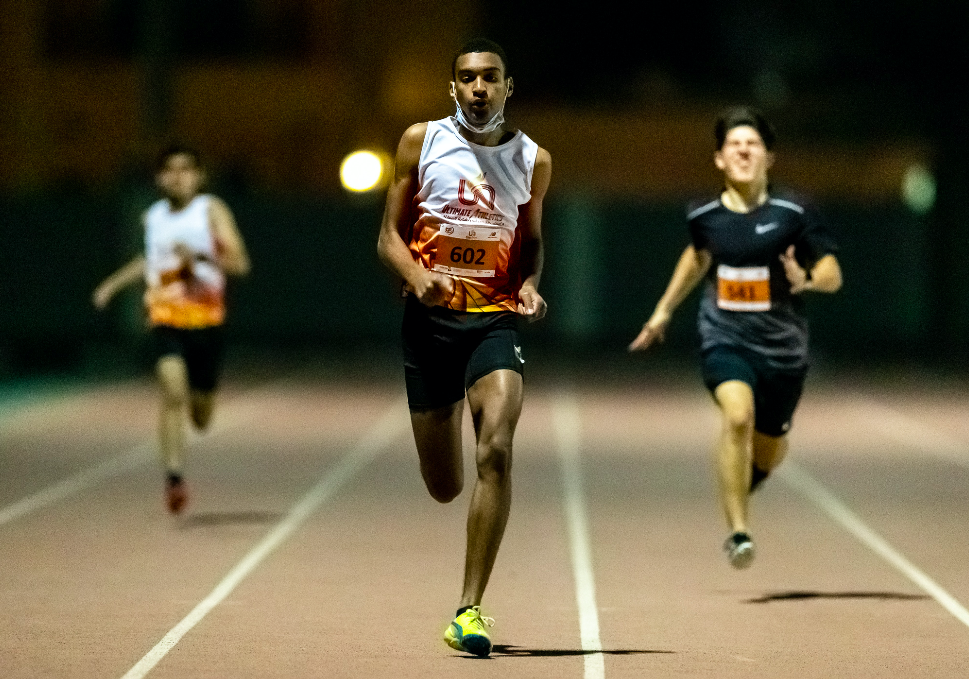 The fans were spoiled with a great line-up at 3000 m. Many of the UAE’s best athletes participated. The winner of the Shabab Al Ahli Club, Khaleifa Mohamed Alnuaimi, won in 8.49 seconds. Gerda Steyn, the comrade champion of 2019, won the women’s race in 9.22 seconds.

An all-round athlete with a great future in sport is Jasmine Crawley (14). She won three gold medals in 200 m (27.12 seconds), long jump in 4.38 m and shot put 9 m and silver in 400 m.Jasmine trains four times a week with Ultimate Athletics and also takes part in triathlons.

Welcome to Judah , We`re dedicated to providing you the very best of service and products. We hop you enjoy our service and our products as much as we enjoy offering them. Partner With Us